Marga Cabrera, professor at the Campus Gandia of the Universitat Politècnica de València (UPV), is one of the 300 people chosen to form part of the Red Leonardo (Leonardo Network), constituted by the BBVA Foundation in November 2018. According to the BBVA Foundation, one of the objectives of the Leonardo Network is to present its members to the public, while promoting the exchange of ideas and knowledge. “These are people who, regardless of their job or hierarchical position, are the driving force behind the science and culture of our country,” sources at the BBVA Foundation say. 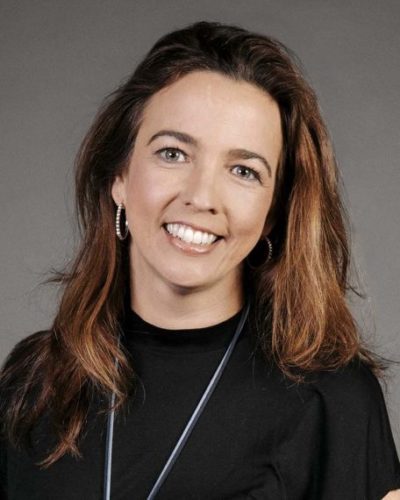 Marga Cabrera was awarded a Leonardo Scholarship in 2015 (previously called “Individual Grants for Researchers and Cultural Creators”) for her project “Observatory of New Spanish Language Media: Latin America, Spain and the United States“, whose objective is to maintain a live census of digital media that helps researchers and entrepreneurs in journalism to identify their competence in Spanish and to detect the best practices in terms of business model, initiative, new narratives and results.

In the 2015 call, more than 1,900 researchers and creators competed, of which 63 projects were selected, following a two-step evaluation process. With her integration in the Leonardo Network, Marga Cabrera hopes to increase the impact of her research for the benefit of society, thanks to the collaboration with specialists in other fields.

The Leonardo Network wants to become a hallmark of quality in research, because very few individuals are chosen in each field and the inclusion in the network is a recognition of their respective careers. Marga Cabrera is the director of the CALSI Social Media Master’s Degree program and professor of the Bachelors Degree in Audiovisual Communication, both taught at Campus Gandia. She also founded and co-directs the international conference on social networks Comunica2.

The Leonardo Network activity can be followed on its website and everyone who has been awarded a Leonardo Grant is invited to participate. The Leonardo Grants are aimed at people between the ages of 30 and 45 who are in an intermediate stage of their careers, which combine a solid trajectory and a great potential for growth. 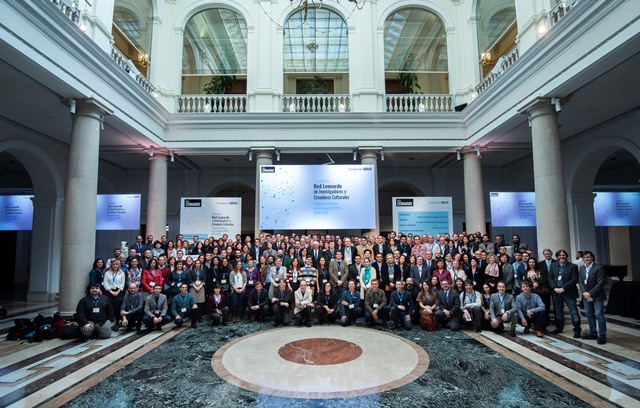 Since 2014, 308 grants have been awarded in open calls evaluated by committees in 11 fields of knowledge: Basic Sciences; Biology, Environmental and Earth Sciences; Biomedicine; Information and Communication Technology; Engineering and Architecture; Economy and Social Sciences; Communication and Information Sciences; Humanities; Visual and Digital Art; Music and Opera; and Literary Creation and Theater.

UPV MEMBERS THAT ARE “LEONARDOS”

Other researchers and professors from the Universitat Politècnica de València are also part of the Leonardo Network, including Gandia scientist María Morant Pérez, researcher Juan de la Cierva at the University Institute for Nanophotonics Research at the UPV, and a graduate in Telecommunications from the Campus Gandia. Also Ignacio Bosch, professor of Architectural Projects at the UPV and Eugenio Giner, Professor of Mechanical Engineering at the UPV, who are members of the Evaluation Committee of the field of knowledge of Engineering and Architecture of the Leonardo Grants.

Other “Leonardos” from the UPV are Antonio Leyva Pérez, of the Institute of Chemical Technology of the UPV; Francisco David Guzmán, PhD in Industrial Engineering from the UPV; José Miguel Adam Martínez, PhD in Civil Engineering, UPV. Alongside them are other researchers trained at the UPV and who work in other institutions: Guillermo Rodrigo Tárrega, Ph.D. Biotechnology from the UPV, who works in the Institute of Integrative Biology of Systems (CSIC-University of Valencia); Ángela López Sabater, Educational Coordinator at ARAE Patrimony for Children; Carlos Angulo Barrios, Telecommunications Engineer who carried out his research at the Nanophotonics Technology Center of the UPV as a Ramón y Cajal researcher and now works at the Polytechnic University of Madrid; the artist Hugo Martínez-Tormo, Agricultural Engineer and graduate in Fine Arts from the UPV; or the visual artist Leire Urbeltz Munuce, a graduate in Fine Arts and a Master’s Degree in Art Research and Creation from the Polytechnic University of Valencia, who combines her creative side with that of Mediator at the Huarte Contemporary Art Center.