Experiment and have fun with science and learn that human life is better thanks to it. This is the goal of Science Week in Gandia, an activity jointly sponsored by the CEIC Alfons el Vell, Campus Gandia of the Universitat Politècnica de València (UPV) and the Universitat de València (UV), with the support of the City of Gandia and the Ministry of Education, Research, Culture and Sports of the Generalitat Valenciana.

Science Week is set to take place from November 5th to 10th at various venues throughout the city. Registration is now open on the CEIC Alfons el Vell website. 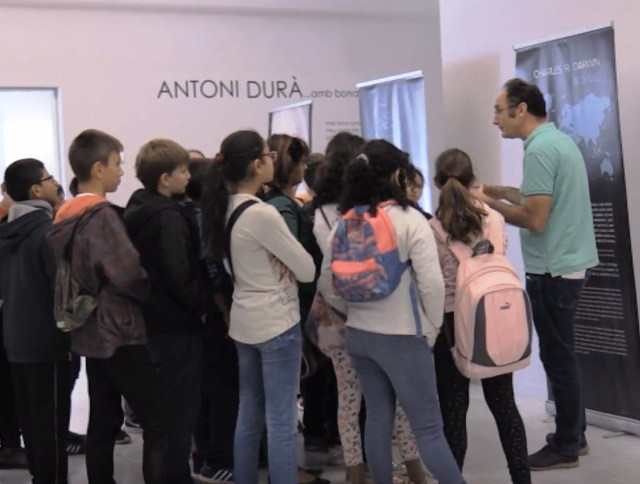 The program was presented at a press conference by Luis Miret, director of the CEIC Alfons el Vell; Jesús Alba, director of the Campus Gandia of the UPV; J. Emili Aura, director of the Gandia International Center – UV; and Joan Muñoz, Councilor for Culture of the Gandia City Council. The spokespersons for the organizations sponsoring Science Week were very satisfied with the collaboration and stated that there were already more than 900 children enrolled, and that they expected to reach 1,500 people participating in all the activities.

The Science Week program includes 44 activities for different audiences. The real stars will be primary and secondary school children who, throughout the week, will take part in workshops in the Casa de Cultura, Campus Gandia, the Port and Urbalab.

Also, on Saturday, November 10th at 12 noon, a free activity will be offered to all the family at the Central Children’s Library. This activity titled “The Inspiration of Mary Shelley”, will take us back to the life and times of the author of Frankenstein, guided by the storytellers “Los Gatos con Batas” (Cats with Labcoats) and will allow 1st and 2nd year ESO students to dive into the world of electricity, and carry out experiments on conductivity. You can register for this activity through the Children’s Library email (infantil@gandia.org). 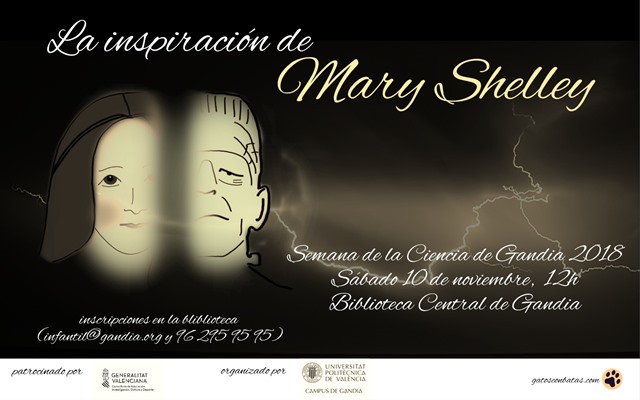 Ultrasonic Inspection of Materials; The Sea Chest; Fractals Workshop; Biochemistry in Your Hands; Do you know Arduino?; Interactive Flowers; Do Spirits Exist?; Traditional Fishing Methods and Adaptation of Fish and Marine Organisms; Environmental Education Workshop; Underwater Acoustics Workshops; Do You Want a Fossil? Do It Yourself; Magic and Science; Introduction to the Drone Universe. These are some of the workshops that will be offered, with the collaboration of Urbalab; the Scientific Culture of Innovation Unit Chair for Scientifc Dissemination of the UV; the Gandia Smart Tourism Chair; the IVIO-UPV Chair; CEFIRE Gandia; IMAB Gandia, the Galp Gandia Albufera and the UPV Campus Gandia Innovation Chair.

You can also enjoy the exhibition “A Visit to the Genome” and see the play “Hypatia, the Light of Thought”, the Aula Magna (Main Auditorium) of the Campus Gandia. 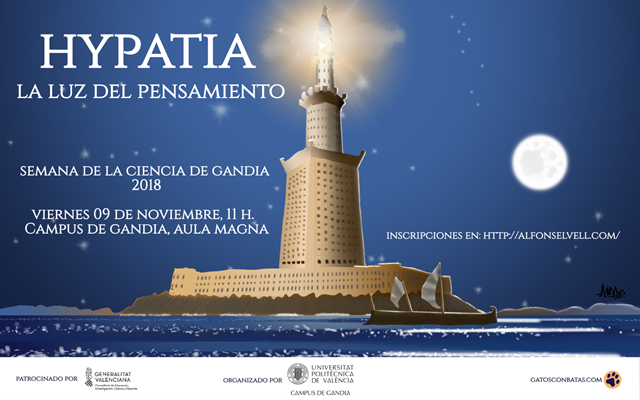 A WEEK OF CONFERENCES

First-rate scientists will give lectures, with free admission, from November 5th to 9th at 7:30 pm at the Casa de Cultura (with the exception of the conference on November 8th, which will take place at the Visconti Restaurant).

INAUGURATION OF THE CORAL *BARBAS LABORATORY

On Thursday, November 8th, at 1:00 pm, the “Coral Barbas” Laboratory will be officially inaugurated on Campus Gandia, at the initiative of the research commission of this Campus. Coral Barbas is a researcher specialized in Analytical Chemistry and directs the Center of Excellence in Metabolomics and Bioanalysis (CEMBIO, for its Spanish initials). In 2016, the American magazine The Analytical Scientist chose her as one of the 50 most influential women in the world in Analytical Chemistry. Coral Barbas herself will attend the inauguration and give a small talk. 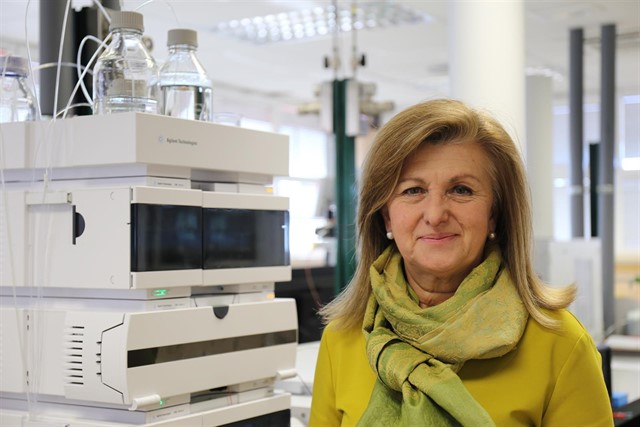 Campus Gandia has organized a course-workshop on ORCID, a scientific contributer identification that offers researchers many advantages, as it provides unique persistent identity for humans, allowing them to sign the articles sent to journals, as well as linking them to grant applications. It is integrated into the CVN of the FECYT and is required by Senia (the UPV curricular management tool).

The course will be held on November 7th from 10:00 am -14:00 pm in Room H-103 (H-CRAI Building, Campus Gandia. Registration begins on October 22nd. Those interested should register through the UPV Intranet, in the Portal de Formación (Training Portal), going first to ICE and then to active offers, where you will click on FORMACIÓN A DEMANDA CURSO 18/19 (Training on Demand)