Promoting health-related research and innovation projects through preparatory activities. This is the goal of Polisabio, the partnership program launched by the Gandia and Alcoi campuses of the Universitat Politècnica de València (UPV), and the Xàtiva-Ontinyent, Elda, Sant Joan d’Alacant, Marina Baixa, Gandia and Alcoi health departments of the Foundation for the Promotion of Health and Biomedical Research of the Valencian Community (FISABIO, for its Spanish initials).

Ten projects have been selected for the 2017 call, five co-directed by the scientific team from the Alcoi campus, and five by the team from the Gandia campus. Each of these projects will be entrusted to a team of research scientists with outstanding professional records and whose contributions will certainly enhance their impact on the knowledge-based society. 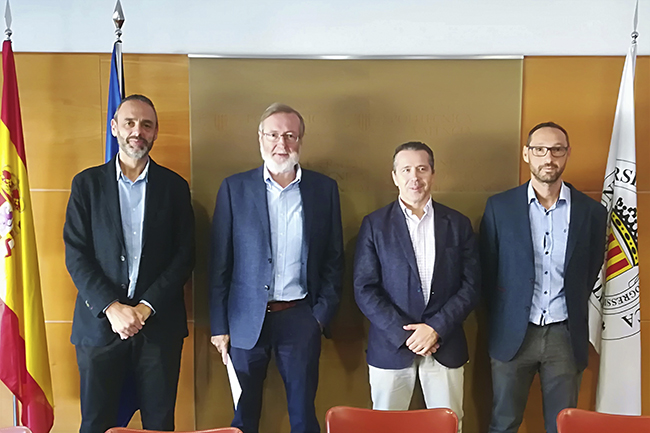 THE PROJECTS TO BE CARRIED OUT AT CAMPUS GANDIA ARE THE FOLLOWING:

José Pelegrí, deputy director of the Campus Gandia Strategic Plan, was very pleased with the results of the first Polisabio call, “We have joined forces and have taken another step forward in our common goal: that the university’s research can be applied to healthcare and the general well-being of the population.”

The next phase will be to work so that these proposals approved by Polisabio give rise to projects that are capable of attracting public and private investment from national and international calls, among others the H2020 program, as well as innovation activities.