Researchers from Campus Gandia of the UPV have designed a new smart sensor system that helps detect and delineate toxic waste, oil spills or hydrocarbons in general, in any aquatic environment, whether it is the sea, rivers lakes, etc. and at very low concentrations.

As IGIC researcher Jaime Lloret points out, marine pollution is a global problem that can affect both the natural environment (flora and fauna), and the economy and health.
“Depending on the type of contaminants, specific techniques will be necessary to eliminate the spills. But undoubtedly, the most important thing is to be able to detect the spill quickly enough so as to avoid further impact and to reduce damage in the affected area. In this regard, oil spills are especially critical, since they are almost impossible to completely eliminate if decontamination is not begun immediately,” according to Jaime Lloret. 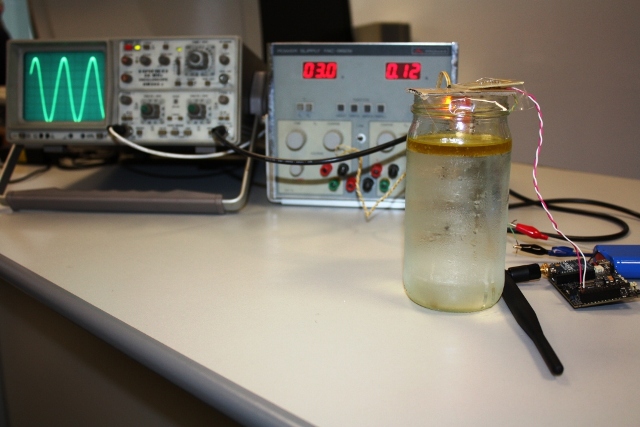 The system developed by the researchers at the UPV is embedded in small floating devices. It is based on an intelligent algorithm and consists of wireless nodes that are able to move towards the end of the spills to find its edges.

The researchers presented the results and features of the new system at the IEEE International Conference on Communication (ICC 2015), held last June in London.

The research being carried out by Jaime Lloret, along with the rest of the team made up by Lorena Parra, Sandra Sendra and José Miguel Jiménez, is one of the main lines of research coming out of the Master’s Degree Program in Environmental Assessment and Monitoring of Marine and Coastal Ecosystems taught at the Gandia Campus of the Universitat Politècnica de València.