Diana Morant, who holds a degree in Telecommunications Engineering from the Universitat Politècnica de València, has been appointed Minister of Science and Innovation of the Government of Spain. The UPV rector José Esteban Capilla, alongside other personalities, attended the swearing-in ceremony of the new Minister.

Up until her appointment as Minister, Diana Morant was the of mayor of Gandia for six years, resigning from this post to take over the ministry. Morant stated that she will work for, “a green and digital transition, which ensures equality and social cohesion and leaves no one behind.” The Minister assures that she wants “to continue the transformation, from another dimension, of the mechanisms and conditions that will lead us to a more prosperous, happy and sustainable future for everyone.”

Collaboration with the UPV

During her term as mayor, Morant stood out for her commitment to science and innovation and for her collaboration with the PUniversitat Politècnica de València and its nearest campus, Campus Gandia.

The now former mayor was committed to making Gandia a City of Science and Innovation and to turning the town into a Smart City with the support of the University. She has also stood behind initiatives such as the Gandia Smart Tourism Chair, the Comunica2 International Communication and Technology Conference, the Gandia Smart Tourism Conference, the Innovation Chair and Safor Salut, among others.

The close working relationship between the Gandia City Council and the UPV can be evidenced in other areas, such as the recent agreement for the construction of a sports pavilion to be used jointly by the university community and the public. 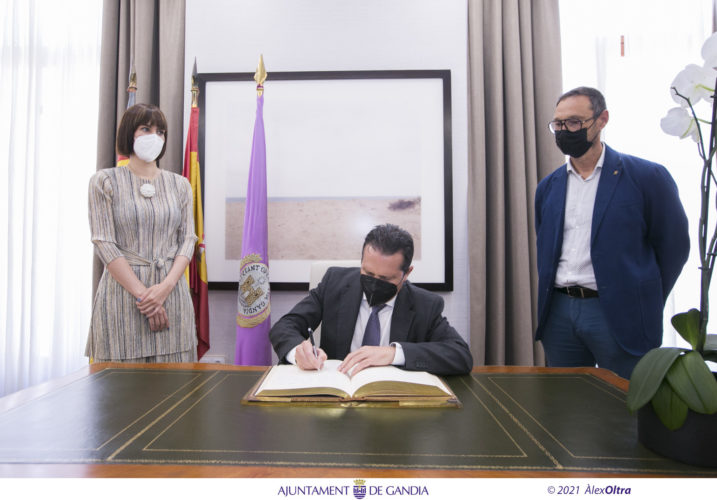 Support of the Rector

The Rector of the UPV, José Esteban Capilla, wanted to be by Diana Morant‘s side for her oath of office in Madrid. For the rector, “The UPV should be proud of the recent appointment of Diana Morant as Minister of Science and Innovation. A graduate of the Universitat Politècnica de València will now be in charge of handling the largest R&D budget in the history of Spain. In addition, the Minister is a person who is fully in line with the UPV, as seen in the recent joint agreement signed between the UPV and the Gandia City Council to build a joint sports center. The UPV will always be there for the Minister and her ministry in its mission to increase investment in R&D&I in Spain.”

For his part, Jesús Alba, director of Campus Gandia of the UPV, has made a very positive appraisal of Diana Morant, “We have worked together for a number of years on many projects related to science and innovation, always leading the way and with great vision for the future. She’s a person who, in addition to being educated at the UPV, has proven her worth in many areas of the portfolio she has just taken over.”

It should be noted that Diana Morant received the ministerial portfolio from her predecessor, the astronaut Pedro Duque, Doctor Honoris Causa from the UPV.