Researchers from Campus Gandia of the Universitat Politècnica de València (UPV) are taking part in the design and development of the KM3NeT/ARCA neutrino telescope, which already has six operational detection units. 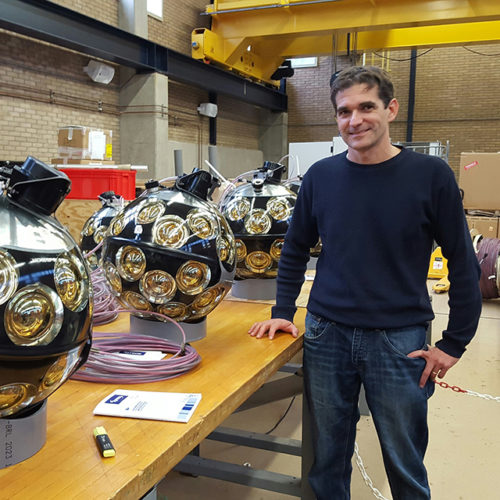 Neutrinos are the most elusive elementary particles and as such they can reach the confines of the universe and pass through the Earth unchanged. Detecting them is no easy feat and it requires large and voluminous instrumentation. The detection of neutrinos will open a new window on the universe. First of all, it will complement conventional telescopes and study phenomenon from distant astrophysical sources through these “messengers“, and second of all, it will be used to study the fundamental properties of these particles, crucial for understanding the most modern Physics theories.

“Five detection lines and the connection node have been installed for the power supply to transmit the data.” As for the instrumentation deployed, “three acoustic emitters have been installed in the positioning system, designed at the UPV and built in collaboration with the Valencian company Mediterráneo Signs Marítimas”, explained Miquel Ardid, campus researcher and expert in neutrionos. For him, “the success of this campaign demonstrates the technological capacity of the KM3NeT in the rapid deployment of lines and to finish the detector over the next few years.”

Located in the Mediterranean Sea at a depth of 3,500 meters and approximately 80 kilometers off the coast of Capo Passero, in Sicily, the ARCA telescope – alongside the ORCA, located off the coast of Toulon, in France – will permit the scientists involved to identify astrophysical sources of high-energy neutrinos, as well as study their properties. According to Ardid, “this step has constituted the embryo of what will one day be a magnificent observatory for astrophysics, fundamental physics and marine sciences with enormous scientific potential.”

Once construction has been completed, the KM3NeT/ARCA detector will form a network of more than two hundred detection units. Each of these units consists of a 700 meter-high vertical line, housing 18 modules equipped with ultrasensitive light detectors that record the faint flashes of light generated in the interactions of neutrinos in the depths of the Mediterranean Sea.

At present, six detection lines are operating in what is considered the initial core of the KM3NeT/ARCA neutrino telescope. Together with the six lines that have already been installed and the data capture from the ORCA site, the KM3NeT observatory now has a sensitivity comparable to that of its predecessor, the ANTARES neutrino telescope. “It’s the first underwater neutrino telescope. Its 12 lines have been operating in the depths of the Mediterranean for more than a decade, demonstrating the feasibility of the technique and opening a new window onto the universe through the detection of neutrinos. KM3NeT is the next generation, with more ambitious goals and a wider range of energies,” Professor Ardid pointed out. 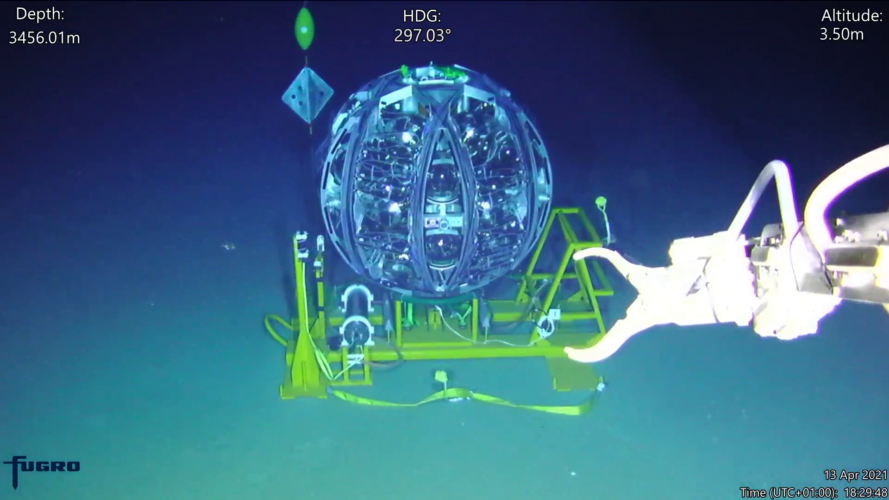 KM3NeT has been included in the list of high priority projects selected by the European Strategy Forum for Research Infrastructures (ESFRI).More than 250 scientists from more than 50 scientific institutes around the world collaborate in it, and the Campus Gandia research group has played an important role in the construction of the telescope, “in charge of the acoustic positioning calibration system and through orientation sensors. It also collaborates in the analysis of detector data, especially in dark matter search studies. In turn, the joint UPV-Spanish Institute of Oceanography (IEO) unit is conducting acoustic monitoring studies of the marine environment.” 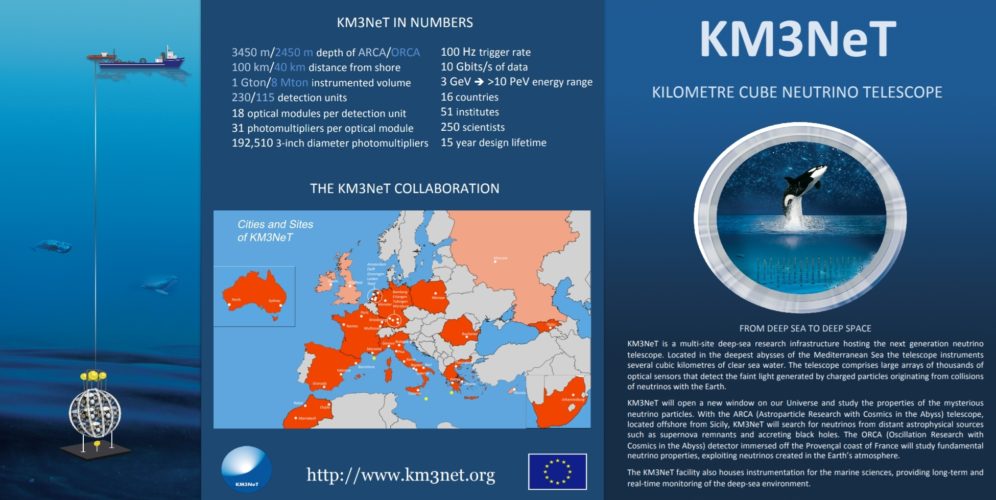