Enabling the adequate dilution of pollutants, facilitating self-purification in the marine aquatic environment and avoiding harmful effects to the environment and human health. This is the main goal of the submarine outfalls present on the Valencian coast, among them the Gandia outfall. The municipal wastewater is discharged through this pipeline into the sea, after having undergone treatment. At present, according to a study by the Campus Gandia of the Universitat Politècnica (UPV), the operation of the Gandia outfall does not comply with the recommendations for the wholesomeness of water under the current legislation. To properly fulfill its mission, proper design and improvements in maintenance would be crucial.

Carlos Barciela, student in the Master’s Degree in Assessment and Environmental Monitoring of Marine and Coastal Ecosystems, has developed a scale model of the last section of the submarine outfall, as Master Final Thesis Project. According to his research, directed by the Professor of Physics at the UPV, Víctor Sánchez, the outfall could operate within the legal limits with a simple change: a diffuser design (final section of the outfall) in which the pipe would have a decreasing diameter instead of a constant diameter, which is what it currently presents. 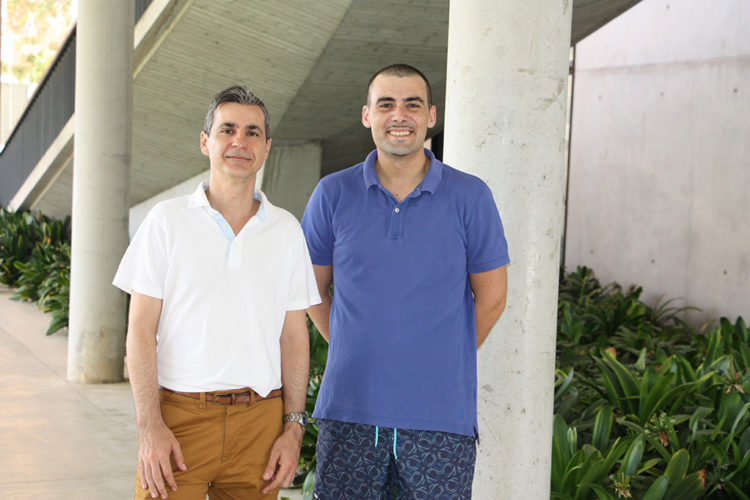 “The outfall is more than 30 years old and its current operation would not comply with the recommendations under the current legislation for the wholesomeness of water. Its design and maintenance need improvement,” says Barciela. “The law recommends a minimum flow rate inside the outfall and a minimum speed for each diffuser at its exit to the sea. As the current outfall diameter is constant, these conditions are not met. This makes it easy for malfunctions to occur and the water does not discharge into the sea efficiently, so the contaminants do not dilute well.”

To calculate the proper characteristics of the outfall diffuser, mathematical and physical models have been used that consider aspects such as water densities or sea currents.

BREAK IN THE OUTFALL

In addition to the design and maintenance defects detected, the current state of the Gandia outfall has worsened recently due to a break, which Miguel Rodilla, research professor at Campus Gandia, has been able to confirm. “Right now the outfall is discharging 1 km before it should, which increases the likelihood of pollution problems on nearby beaches, such as Marenys de Rafalcaid or Daimuz,” explains Rodilla.

PRESENCE OF COLIFORMS AND IMPACT ON HUMAN HEALTH AND FISHING

In response to the closure of beaches due to the presence of coliforms and bacteria of mainly fecal origin, Miguel Rodilla states that their presence is an indicator of water pollution. “If certain levels of coliforms in seawater are exceeded, it is because there have been wastewater contributions and therefore, chemical and biological contaminants. These pollutants damage the ecosystem and organisms, seagrass beds disappear, fishing decreases and we degrade the sea. The closing of  beaches due to the presence of coliforms is only the tip of the iceberg of a more serious and persistent problem,” says the scientist.

As an example, the student and researcher at the Campus, Carlos Barciela, explains that this contamination has a negative impact on the growth of the Cydomocea nodosa phanerogam, a common habitat for the reproduction of the cuttlefish. “If there is excess contamination by nutrients that cause a lack of light, this biodiversity point is lost and there are no cuttlefish captures.” Barciela states that this is because part of the black waters of the outfall does not mix, and settles on the surface, literally acting as a parasol.

As to the reason behind the frequent closing of the beaches this summer in the Valencian Community due to the high presence of coliforms, the researchers affirm that the most common cause is the increase in population along the coast during the summer. “The treatment plants have the capacity to treat the wastewater generated by the population throughout the year, but on the Valencian coast, this population multiplies in summer and the purification capacity is exceeded. A frequent practice consists of chlorinating the water before discharging it, which eliminates all the bacteria. But it provokes another pollution problem that isn’t take into account during the analyses are carried out to open the beaches: the appearance of organochlorines, which are harmful compounds to human health, even carcinogenic, and also harmful to the environment,” according to the scientists.

TERTIARY TREATMENTS TO SOLVE THE PROBLEM

To solve these problems, the scientists point to the need to improve existing sewage treatment plants, incorporating tertiary treatments that eliminate more pollutants and disinfect wastewater. In addition, according to Miguel Rodilla, we have to look for solutions that allow treatments during spikes in wastewater generated in tourist areas during the summer, and finally plan the renovation of obsolete infrastructure such as the Gandia outfall. “The best investment we can make in the climate change scenario is to guarantee that we can give water more than one use. It is not only about not contaminating, but also making the most of a valuable and scarce resource like water,” explains Rodilla.