Identifying the causes behind problems such as the odors, solid waste and isolated fish mortalities in the final stretch of the Serpis River, at the mouth in Gandia. This is the main objective of the project titled “Diagnosis of the Water in the Urban Stretch and the Mouth of the Serpis River for its Environmental Recovery”, under a grant from the Aguas de València Chair during the 2018-2019 academic year, and presented at the III Iberian Congress on River Restoration (RESTAURARÍOS 2019) in the category: “Rivers and Citizenry: New Ways of Living Together”.

The project is rooted in the reality that the Serpis River has historically been the backbone for the development of the population, industries and agriculture in the Valencian counties of Alcoià, Comptat, and Safor, but is currently undergoing a process of degradation that has even lead to the closure of some beaches in the summer. 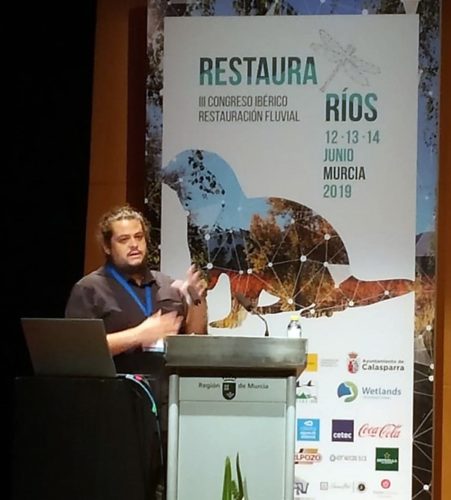 For this reason, the research conducted by the professors of the Universitat Politècnica de València (UPV), Francisco Martínez Capel, (Campus  Gandia UPV) and Enrique Asensi (Campus Vera UPV) has evaluated this problem (in the river section running from the Gandia-la Safor WWTP until emptying in the sea), through the analysis of the water quality, characterization of the morphology of the river and of the points of discharge in the fluvial channel.

“We conducted a topographic survey by sections of the fluvial channel in the section running from the city of Gandia to the sea, identifying the points of discharge along the way. In addition, several campaigns have been conducted to characterize its water and sediment, studying the main variables related to phytoplankton growth,”explains the lead author of the research, Enric Gil.

“The results obtained have determined that the section under study consists of a succession of large stagnant pools, of which the last two are the most affected. Furthermore, a serious eutrophication problem has been observed with the presence of large anoxic areas, due to the accumulation of dead phytoplankton and the organic matter coming from isolated discharges. Likewise, the effects of the dragging and cleaning brought about by the swells on the system have been confirmed,” according to Enric Gil.

Based on the results and as a continuation of the project in the future, a WASP water quality model (widely used worldwide) will be designed, in which the effectiveness of various measures for the rehabilitation of the final stretch of the river Serpis will be evaluated and simulated.

“One of the possible measures is the implementation of a continuous ecological flow throughout the year, which could improve the water status as observed when there are small flows,” says the Valencian researcher. 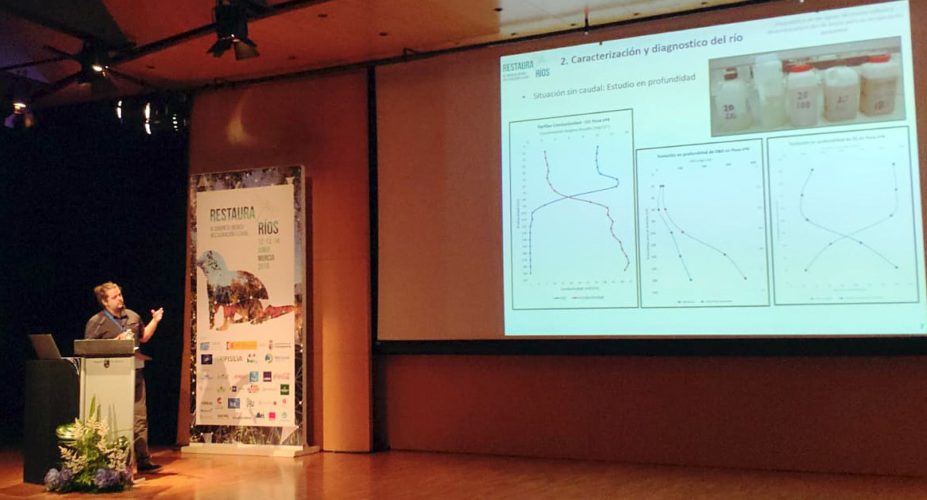 Likewise, simulations of habitat will also be carried out to discover the benefit of the native species and the control of invasive species such as “Arundo donax.”

“The actions that are proposed regarding the rehabilitation of the channel will consist of eliminating the isolated masses of reeds present in the channel and recover the native species, as well as performing actions on the continuous masses that invade both margins to open windows that allow the population to reconnect with this ecosystem,” says Enric.

The Aguas de Valencia Chair is one of the main sponsors of RESTAURARÍOS 2019, organized by the Iberian Center for River Restoration (CIREF, for its Spanish initials), in coordination with the Segura Hydrographic Confederation and the support of the LIFE + RIPISILVANATURA project, Wetlands International – European Association, Ministry for the Ecological Transition, and the collaboration of the City Council of Calasparra (Murcia). Francisco Martínez Capel, professor at Campus Gandia of the UPV, is the president of the organizing committee of the congress. 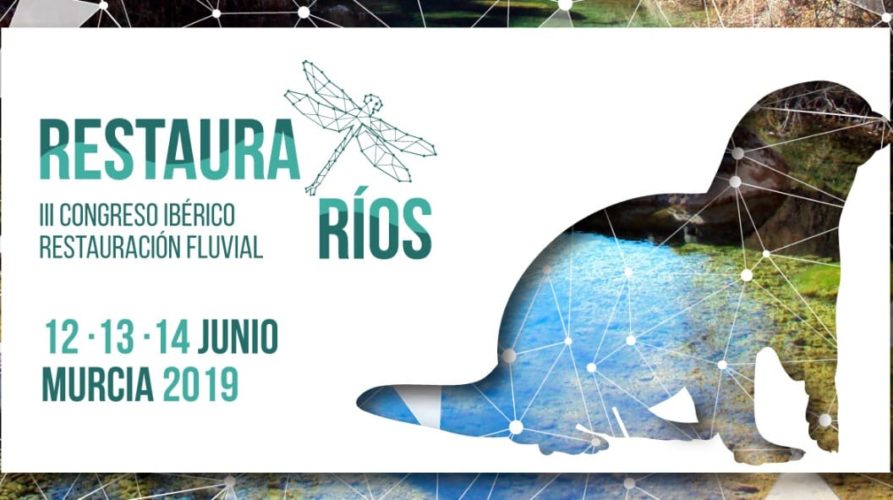 The event, which was held from June 12 to 14, 2019, brought together different technicians and professionals related to river management, research, planning and restoration, naturalists, river conservation volunteers and people interested in river recovery.

In it, experts gave plenary lectures, while poster presentations were held in parallel sessions and workshops and technical visits were organized.