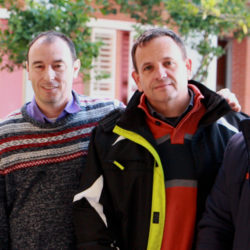 A research team from the Universitat Politècnica de València (UPV) has designed a mobile app for the early detection of strokes. Using the sensors available in smartphones, the app – still in the testing phase – analyzes the ability to smile, the coherence in speech and the mobility of the user’s arms. In the event that the user is unable to perform two or three of them, it automatically sends an alert message to emergency services. The work has been published in the International Journal of Information Management.

Jaime Lloret, member of the Research Institute for Integrated Coastal Zone Management (IGIC, for its Spanish initials) of the Campus Gandia UPV, states that, “Despite the awareness campaigns carried out by various agencies, many people are not able to recognize the signs of this health condition.”

In this regard, he adds that, “smartphones are offer an ideal platform for the development of applications focused on health, and in this case the early detection of a pathology that in Spain alone affects 120,000 people every year.” 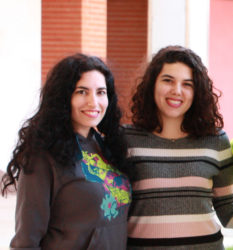 The app devised by the UPV researchers is able to determine the presence of warning signs of stroke in users. To do this, the user must complete three tasks. The first task uses the phone camera to detect the user’s smile, since paralysis on one of the sides of the face is a common symptom of stoke, causing a droop or uneven smile.

After analyzing whether or not the user is able to smile, the app then gives way to the second task, which is based on the use of the speaker and the microphone of the smartphone. “The user is asked to repeat a simple sentence. If the sentence is not repeated consistently, the application detects the presence of this symptom,” explains Lloret.

Finally, it analyzes the user’s ability to raise their arms. In the presence of a stroke, one arm is weak or numb and tends to drift downward. The telephone accelerometer is used to detect this sign.

After these three tests, the app indicates which tasks the user has passed and has not passed. In the presence of two or more unfulfilled tasks, it will contact an emergency service and send a message to the user’s predetermined contact. The prototype has been developed for mobile phones with Android operating system.

LEADING CAUSE OF DEATH AMONG WOMEN IN SPAIN

The app designed by the IGIC-UPV can also create a record in a database to store the information and extrapolate it to obtain statistics. “This could be used by public institutions, this way adding to the known cases of strokes in the population,” adds Lloret.

According to data from the Spanish Society of Neurology (SEN, for its Spanish initials), today strokes are the second leading cause of death in Spain, and the first among women. Not surprisingly, they are expected to increase by 27% in the next 25 years.