Just as dogs can be trained to detect diseases through their sense of smell, technology can also help create electronic devices capable of performing this function. This is what a team of researchers from Campus Gandia and IIS La Fe  have achieved through development a prototype electronic nose that is capable of detecting patients with Crohn’s disease and ulcerative colitis.

The device, called Moosy 32 eNose, also detects whether or not the disease is active, with an accuracy of close to 90%.  According to the researchers, “in the future, this type of equipment may be available in Gastrointestinal consultations to determine the patient’s condition through a simple stool analysis that can be performed in three minutes.”

At present, invasive tests are frequently performed to diagnose and assess the inflammatory activity of colon pathologies, such as Crohn’s disease and ulcerative colitis, both considered Inflammatory Intestinal Diseases (IID).With the prototype developed, the team from the UPV and the IIS La Fe wants to contribute to the generation of non-invasive diagnostic systems. It is estimated that some 200,000 people suffer from the disease in Spain and it continues to rise at a rate of nearly 3% annually. 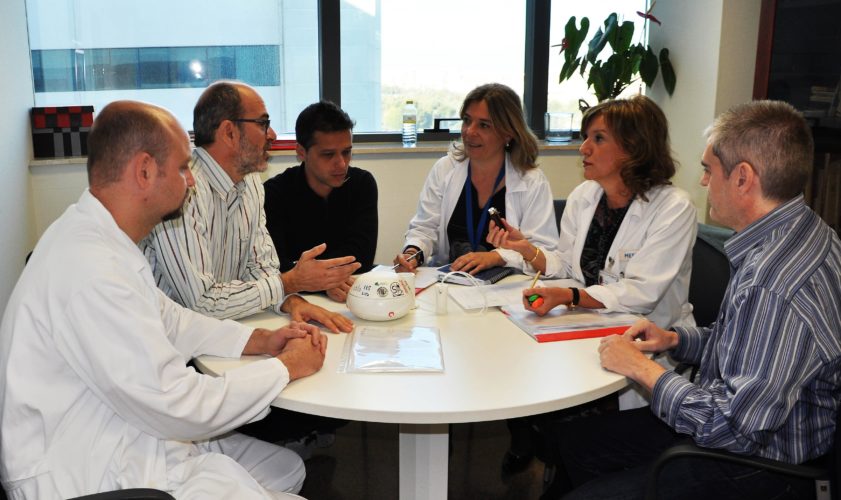 The nose conceived by the Valencian researchers can detect volatile organic compounds and these act as diagnostic markers or of the intensity of the activity of the disease. “The volatile organic components are originated by physiological processes of the metabolism in the human body and are expelled as waste through the stools. The concentration of these components can serve as a differential marker in certain intestinal diseases. Their precise detection through non-invasive devices such as the electronic nose will be a great advance in the detection and monitoring of the evolution of these diseases,” says Dr. Pilar Nos, Head of the Gastrointestinal Medicine Department at La Fe Hospital.

The researchers have carried out tests with 445 samples and have obtained satisfactory results. “The research findings are positive. However, we need to continue working to improve the detection algorithms,” adds José Pelegrí, member of the Sensor and Magnetism Group of the IGIC (for its Spanish initials), or the Campus Gandia Research Institute.

Development of this prototype has been funded by the Generalitat Valenciana. In addition, the initial part of the project – the feasibility study that served to lay the foundations for the system – was financed by Inbio, the scientific collaboration structure between the UPV and La Fe.

In addition to Dr. Pilar Nos and Professor José Pelegrí, Dr. Belén Beltrán, head of the research laboratory at the Health Research Institute and Hospital La Fe and Lluís Torse, nurse in the medical part of the project, project and Enric Climent, Juan Talens and Tomás Sogorb, representing the IGIC, have taken part in the project.

OTHER APPLICATIONS OF THE ELECTRONIC NOSE

The system is being tested for other medical applications, such as the detection of prostate cancer. Studies are also being carried out, with satisfactory results, for the detection of microbial contamination in water, or the degree of fruit ripeness, with important applications for the agri-food industry.