Some of you may wonder why we celebrate World Rivers Day: aren’t our rivers nearly dead? Well here’s the news: the Serpis is alive. This discovery was made after verifying the state of the river after the recent swells.

A few days ago, we conducted a field study in the Serpis river accompanied by a group of enthusiastic students from the Bachelor’s Degree of Environmental Sciences at the UPV Gandia. We were able to verify the degree to which the heavy floods have transformed and rejuvenated the banks and riverbeds. Large amounts of reeds, an invasive species being controlled or eliminated, had disappeared due to the force of water, and a great deal of grit and gravel had been transported naturally, once again forming some river beaches.The river appears to be going back its previous condition decades ago when our grandparents and great grandparents knew it. We can remember it here in the following report by the Center for Rural Development (CDR La Safor):

The river swells in natural cycles, and this is in no way a bad thing. Floodwaters carry nutrients and minerals to the sea, feeding plankton and fish in a decisive manner. We’ll ask the fishermen in the coming months. 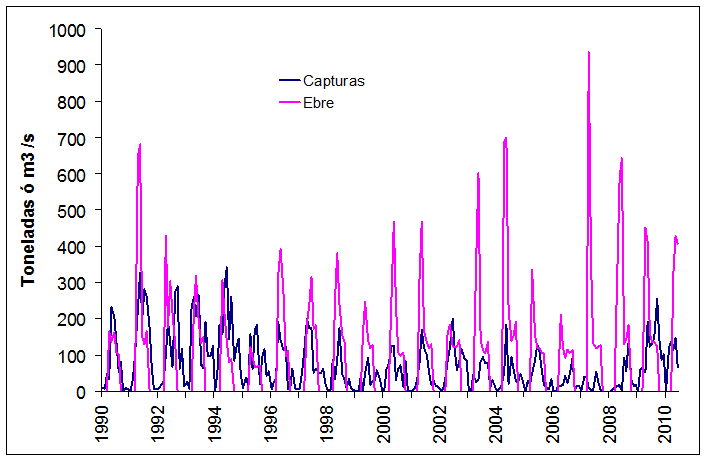 Relationship observed in scientific studies between anchovy catches of anchovy and flows of the river Ebro (Effects of riverine inputs on the productivity of the anchovy population of southern Catalonia. Salat et al., 2011).

The floods inundate the banks and deposit nutrients and organic matter, creating the rich soils of the floodplains, where we can profit from excellent crops. And floodwaters carry silt and sand to the coast, so that the sea can form the sandy beaches.

All this, and many other natural functions, are performed by rivers and floods, that to some extent – despite the dams – continue their natural cadence. On the other hand, the river also carries pesticides that we spray on our fields, filling the aquifers that we drink from. It carries reeds, which have proliferated because we barely allow the water run through the riverbed. 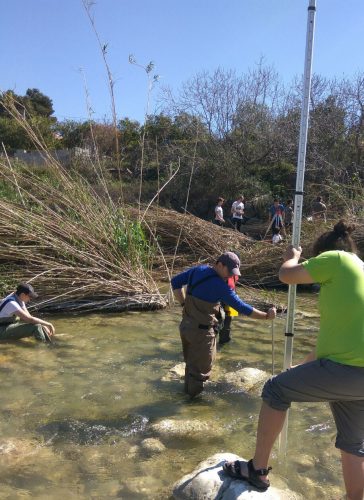 LETS TAKE CARE OF THE SERPIS AND ENJOY IT

So, the same way that a few lucky professors and students enjoyed an wonderful day by the clean river and a beautiful river beach, listening to the sound of the running water, I invite you to enjoy it too. If you want to help this thrust of new life in the river to  continue so that we can enjoy a living river, I encourage you to collaborate with the people working on the restoration of the rivers.

Now nature has given us the opportunity to carry on with the recovery of a live river. Lets work together to get the Serpis river out of the spiral of degradation that it has been in during the last several years. I’m counting on you, it is worth it!

UPV professor and member of IGIC Institute (Campus Gandia of the UPV).