The Spanish Society of Acoustics  (SEA) has granted the eleventh Andrés Lara Award to the young acoustician Iván Herrero Durá for the thesis titled “Measurement of Sound Absorption of a Water Injection System ‘, the result of a research project for his Master’s thesis in Acoustical Engineering offered by the UPV in Gandia. The resulting scientific paper, presented to the Spanish Society of Acoustics, was been carried out with the collaboration and mentoring of Víctor Sánchez-Morcillo (IGIC), Javier Zaragozá, Rubén Picó (IGIC), and LL. Garcia-Raffi (IUMPA). 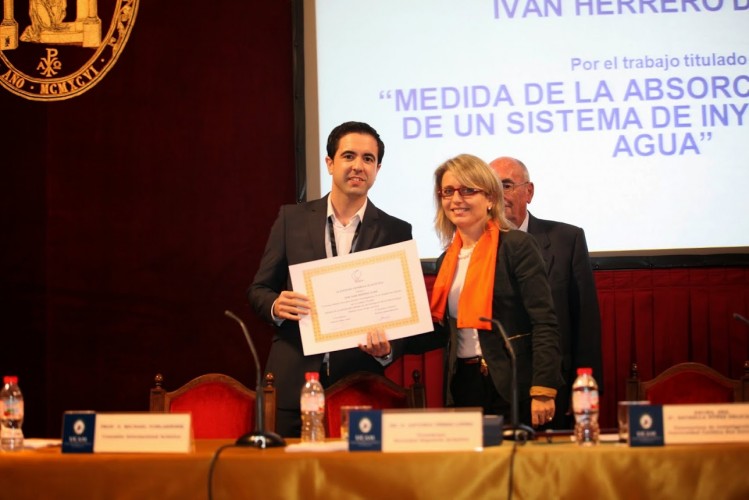 According to Ivan Herrero, the objective of this research project is to reduce the impact of noise generated on the launch pad and surrounding areas during rocket launches. ‘The system usually used to reduce the impact of noise on the environment in rocket launches is to flood the launch area with water stored in a tank. This allows for better thermal cooling of the rocket, but it is a wasteful use of water. In our work we have tried to follow the same line of using water as a medium of sound attenuation, but with a more rational use of resources while maintaining its cooling properties’. To this end, we designed and manufactured a prototype injection system using water diffuser as part of the project. This creates a spray curtain that attenuates the noise generated by the source of noise emission. This way we can study the absorption of sound through three layers of suspension of gas and droplets, depending on the characteristic parameters of the injection system: pressure, flow rate and the size of the drop of water

One of the conclusions of this paper is that the configuration that combines two induction diffusers at the ends and a simple diffuser in the middle offered higher overall levels of attenuation of the frequencies studied. It also concluded that water pressure was one of the most decisive factors in the level of sound attenuation of the water injection system designed, and that a combination of droplet sizes and a droplet size slightly larger than the ones in simple diffusers offers better results in sound attenuation in the frequency ranges analyzed.

Review of winners in the last decade

This prestigious award adds to those already received in past by the university community of Campus de Gandia, including teachers, scholars and contract staff. It should be noted that the Gandia Campus UPV offers a Masters Degree Program in Acoustical Engineering and the specialization in Sound & Image in Telecommunications, and is known for the quality of research being done in this field. In 2006 the Gandia Campus hosted the 2006 Tecniacustica forum that brings together acoustic professionals specializing in technical and applied aspects. This event was organized by the Spanish Society of Acoustics (SEA) and the Gandia Campus.

Recipients of the Andres Lara Awards at Campus Gandia:

2006 –  Romina del Rey, Andres Lara Prize for Young Researchers for her paper “The Influence of the Characteristics of ‘Shear Modulus’ in Transmission Losses in Laminated Glass.” Directors: Jaime Ramis and Jesus Alba.

2010 –Silvia Adrián (supervised by Francisco Camarena) for the paper entitled: “Characterization of the Acoustic Field Generated by Focused Transducers “.

2011 – Noé Jiménez for a study on ultrasonic administration of medication (supervised by Francisco Camarena). 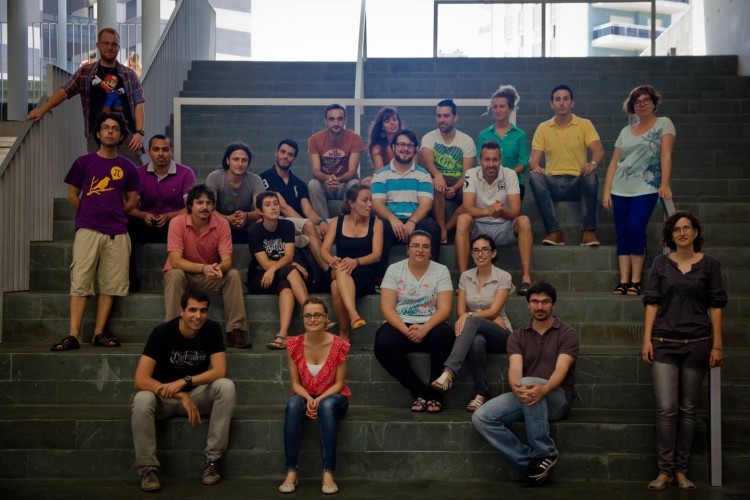