Diana Morant, who holds a degree in Telecommunications Engineering from the Universitat Politècnica de València, has been appointed Minister of Science and Innovation of the Government of Spain. The UPV rector José Esteban Capilla, alongside other personalities, attended the swearing-in ceremony of the new Minister. Up until her appointment as Minister, Diana Morant was the […] 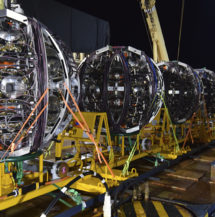 Researchers from Campus Gandia of the Universitat Politècnica de València (UPV) are taking part in the design and development of the KM3NeT/ARCA neutrino telescope, which already has six operational detection units. Neutrinos are the most elusive elementary particles and as such they can reach the confines of the universe and pass through the Earth unchanged. […] 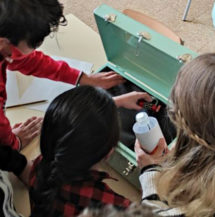 Research professor Sandra Martorell from Campus Gandia of the Universitat Politècnica de València (UPV) is taking part in an international project that has created educational escape rooms to be implemented in the classroom setting. First of all, we need to explain what an escape room is. Some of you may have already played a few. […]